When someone asks you to name a rare, precious gemstone, what springs to mind? If you're like most people, the answer is probably diamonds. But what makes diamonds so special? It may be because of all gemstones, diamonds take the longest to form, and travel the farthest to get to us. This inherently natural wonder has an incredible journey, far longer and more arduous than any other gemstone.

This animation shows the entire process of the water cycle throughout the course of a day.

The mid ocean ridge systems are the largest geological features on the planet. The Mid-Atlantic Ridge (MAR) is a mostly underwater mountain range in the Atlantic Ocean that runs from 87°N -about 333km south of the North Pole- to subantarctic Bourvet island at 54°S. 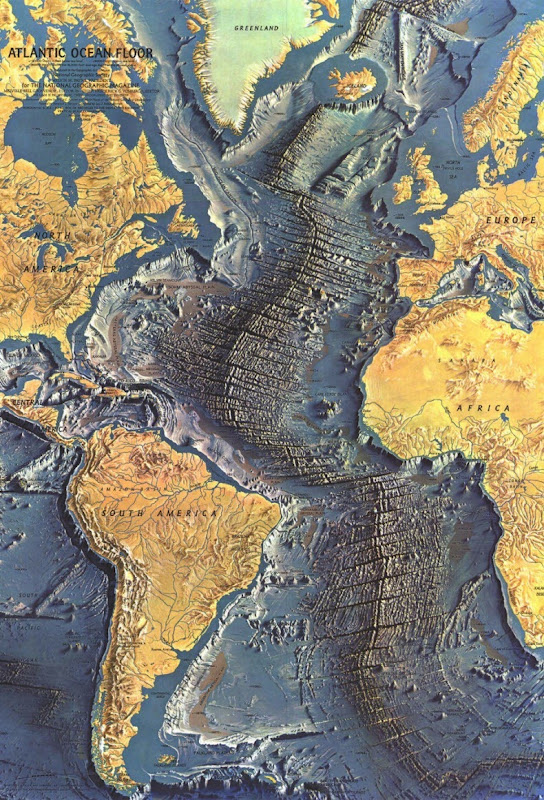 The MAR is about 3 km in height above the ocean floor and 1000 to 1500 km wide, has numerous transform faults and an axial rift valley along its length.

Experience the colossal geologic forces that shaped our continent over 3 billion years.

Why is the sky blue?

To understand why the sky is blue, we first need to understand a little bit about light. Although light from the sun looks white it is really made up of a spectrum of many different colours, as we can see when they are spread out in a rainbow.

We can think of light as being a wave of energy, and different colours all have a different wavelength. At one end of the spectrum is red light which has the longest wavelength and at the other is blue and violet lights which have a much shorter wavelength. 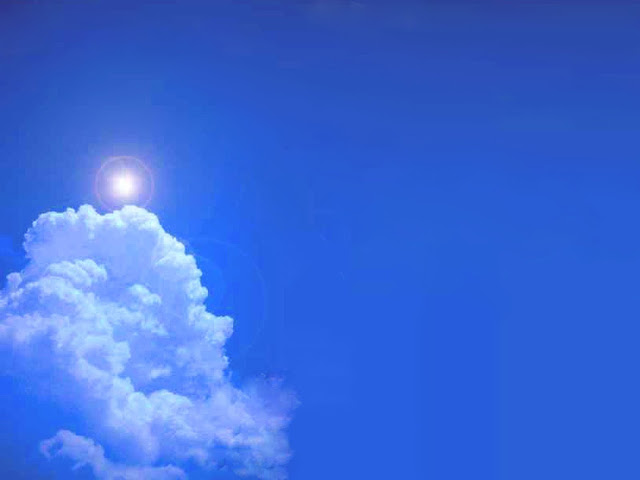 Why is the sky blue?
When the sun's light reaches the Earth's atmosphere it is scattered, or deflected, by the tiny molecules of gas (mostly nitrogen and oxygen) in the air. Because these molecules are much smaller than the wavelength of visible light, the amount of scattering depends on the wavelength. This effect is called Rayleigh scattering, named after Lord Rayleigh who first discovered it.

Shorter wavelengths (violet and blue) are scattered the most strongly, so more of the blue light is scattered towards our eyes than the other colours. You might wonder why the sky doesn't actually look purple, since violet light is scattered even more strongly than blue. This is because there isn't as much violet in sunlight to start with, and our eyes are much more sensitive to blue.

The blue light that gives the sky its colour, is sufficiently bright to make all the stars that we see at night disappear since the light they emit is much dimmer.

Why does the blue fade towards the horizon?

You might also notice that the sky tends to be most vibrant overhead and fades to pale as its reaches the horizon.This is because the light from the horizon has had further to travel through the air and so has been scattered and rescattered. The Earth's surface also plays a role scattering and reflecting this light.

Map of Democratic Republic of Congo

Map of Bosnia and Herzegovina

What is ecological succession?

Ecological succession is the process of change in the species structure of an ecological community over time. The time scale can be decades (for example, after a wildfire), or even millions of years after a mass extinction. 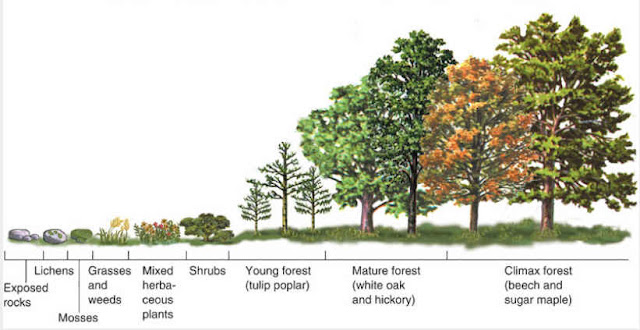 The community begins with relatively few pioneering plants and animals and develops through increasing complexity until it becomes stable or self-perpetuating as a climax community. The ʺengineʺ of succession, the cause of ecosystem change, is the impact of established species upon their own environments. A consequence of living is the sometimes subtle and sometimes overt alteration of one's own environment.

It is a phenomenon or process by which an ecological community undergoes more or less orderly and predictable changes following a disturbance or the initial colonization of a new habitat. Succession may be initiated either by formation of new, unoccupied habitat, such as from a lava flow or a severe landslide, or by some form of disturbance of a community, such as from a fire, severe windthrow, or logging. Succession that begins in new habitats, uninfluenced by pre-existing communities is called primary succession, whereas succession that follows disruption of a pre-existing community is called secondary succession.